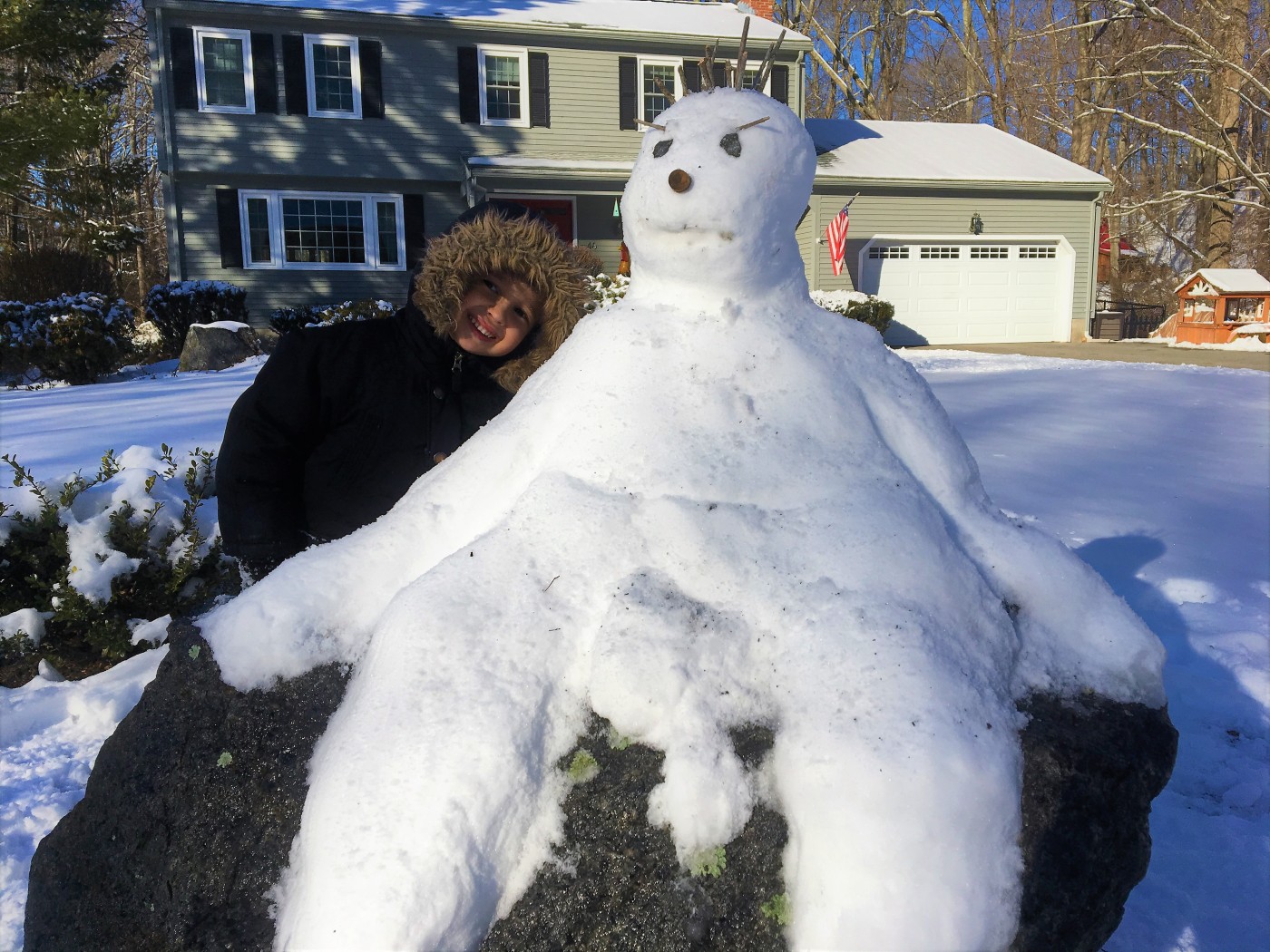 My youngest (age 5) and I had a no good very bad day yesterday. The kind of day when the adult actually has to apologize to the kid for being a little shit instead of the other way around. Or big shit I guess. Whatever.

Today, though, we found some common ground. We went outside and built a snowman, and it was a blast. We both collected the snow, both built, both contributed ideas for the structure and both found supplementary materials for the face.

It made me think about how rare it is that we creatively work on something together. It was a great change of pace from our usual day-in-day-out hierarchical relationship.

So much of our communication is typically defined by the imperative.

Give me a snack! [He’s yelling that at me right now in fact!]

[Okay, I’m back. Ritz crackers, if you were wondering.]

It’s rather nice to flatten the hierarchy for a few moments and just be partners.

Getting outside also made a big difference. Winter is hard. Being inside day after day is hard. Not having fresh air in your lungs and sun on your face for days on end is hard. It felt really quite good to be out of the house.

(Oh, and regarding the anatomical design of the snowman, that was his idea. I kid you not. He insisted that the snowman must have “all the body parts.” Who am I to argue with that? Now the neighbors can have some laughs too.)

Well, what do you think? Cancel reply